The Natural Capital Committee advises the government on natural capital, such as forests, rivers, minerals and oceans.

National context
Over 70% of England is farmed. Agriculture shapes the landscapes we value, and contributes significantly to the UK economy. Farmers and land managers play a vital role, not only as food suppliers, but also as the stewards of our countryside.  The way we farm the land can have a significant impact on the environment including wildlife habitats, soil erosion and the water quality of streams and rivers.  The balance between the need for increased food production and an improved natural environment, which future food production depends on, is a delicate one. Environmental Stewardship Schemes, administered by Natural England, support sustainable land management practices.

The forestry and primary timber processing sector in the UK is a vibrant economic sector: in 2010 it contributed £1.7bn in gross value added (GVA) to the UK economy, supporting around 43,000 jobs. Wood fuel is an important and growing part of the UK’s renewable energy supply. Wood fuel can be burned to generate heat or electricity. It can be a clean, sustainable, low-carbon form of renewable fuel.

In the Tees Valley
About three-quarters of the Tees Valley land area is rural. In 2013 there were 136 higher and entry level environmental stewardship schemes valued at over six million pound. 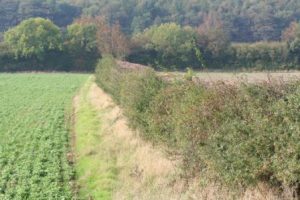 A survey of the ecological condition of the ancient woodlands of Tees Valley, carried out by the Tees Valley Wildlife Trust and the Wildflower Ark, demonstrated a need to bring neglected woodlands back into management. This would improve their value as habitats for wildlife and contribute to  invigorating the local wood fuel economy of rural areas with high woodland cover such as East Cleveland. 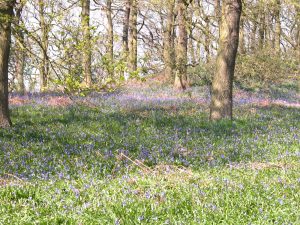 Bluebells – an indicator of ancient woodland. These woods are likley to date back to 1600 and earlier.

International and national context
Climate change is a reality. In the UK, temperatures on land have risen by as much as 1°C since 1980 and coastal sea surface temperatures by roughly 7°C over a similar period. Sea level around the UK has risen by 10cm since 1990 and the UK has experienced eight of the ten warmest years on record over the same period. These trends are projected to continue, although at what rate and by how much primarily depends on the volume of greenhouse gases released into the atmosphere around the globe.

Inter-Agency Climate Change Forum (2010)
“Climate change affects biodiversity in many ways. Impacts on species include changes in distribution and abundance, the timing of seasonal events and habitat use and, as a consequence, there are likely to be changes in the composition of plant and animal communities. Habitats and ecosystems are also likely to change character by, for example, showing altered water regimes, increased rates of decomposition in bogs and higher growth rates in forests. Biodiversity also has an important role in climate change adaptation and mitigation. For example, soils, forests and oceans hold vast stores of carbon. The way managed habitats are used will affect how much of that carbon is released in gaseous form into the atmosphere. How we address climate change and maintain healthy ecosystems so that they provide ecosystem goods and services essential for human well-being is now a key challenge for society. Understanding the ongoing impacts of climate change on ecosystems is an essential prerequisite to addressing this challenge.”

Climate change issues are challenging but also offer new opportunities. The Tees Valley is home to key manufacturing industries and large employers that are fundamentally important to UK advanced manufacturing, but are high CO2 emitters. Such firms and the employment they sustain are therefore vulnerable to requirements to reduce emissions. Developing renewable energy and low carbon industry, upgrading public transport systems and low carbon and resilient housing developments are clear priorities for the economic development of the Tees Valley. The Tees Valley Local Enterprise Partnership (Tees Valley Unlimited) is working to drive the transition from a high value, high carbon economy to a high value, low carbon economy, focused on renewable energy, new technologies, biological feedstocks and the reduction of the carbon footprint of our existing industries. The Tees Valley Climate Change Resilience Group (2012) carried out An assessment of the impact of climate change on the natural environment of the Tees Valley’. Impact of Climate Change on Natural Environment Final Report May 2012

Developing ecologically resilient and varied landscapes composed of ecological networks through habitat protection, restoration and creation is essential for the Tees Valley to maintain a rich natural environment in the future. The TVNP is developing a landscape scale approach to biodiversity through its Natural Network and Opportunity Mapping project. This will assist in the analysis to enable adaptation and mitigation measures into conservation management, planning and practice. In addition, biodiversity gains can be factored into climate change adaptation measures such as river restoration and flood storage schemes, coastal realignment and tree planting initiatives. The maximisation and creating of areas for flood attenuation can also create opportunities for biodiversity to adapt to climate change by improving wildlife corridors and habitats is a major component of creating a high quality local environment in the Tees Valley.

National context
Water is a precious resource that faces increasingly severe and often conflicting pressures. Clean, thriving water bodies are an integral part of the natural environment and the economy. Rivers, streams, lakes and ponds are an important part of our landscape. They support a wealth of wildlife and are vital for industry, recreation, and tourism as well as providing our basic needs. The quality of UK waters has improved dramatically  over the past four decades but , with increasing pressure  on water abstraction and increasing incidents of flooding, managing water resources has become  an important issue for wildlife and the economy.

The European Water Framework Directive became part of UK law in 2003. It gives a framework to plan and deliver a better water environment, focussing on ecology. It introduces a holistic approach to the management of water quality, and establishes a system for the protection and improvement of all aspects of the water environment.  The Directive requires all inland and coastal waters to reach at least “good status” by 2015. Achieving this ambitious target will require management planning at river basin level, linking with other key policy areas such as agriculture, land use, biodiversity, tourism, recreation and flood protection.

Flooding from rivers and coastal waters is a natural process that plays an important role in shaping the natural environment. However, as seen during the summers of 2007 and 2009, flooding can threaten life and cause substantial damage to property. The effects of weather events can be increased in severity both as a consequence of decisions about the location, design and nature of development and land use, and as a potential consequence of future climate change.  Although flooding cannot be controlled entirely, its impacts can be avoided and reduced through good planning and management. The Flood and Water Management Act 2010 establishes primary flood risk management policy for England and Wales. The Act lists “maintaining or restoring natural processes” as a way of managing flood risk, and permits the designation of natural features that can reduce this risk. Natural flood management, defined as the alteration, restoration or use of landscape features, is being promoted as a way of reducing flood risk.  It can reduce erosion and benefit water quality, carbon storage & biodiversity. These positive effects may sometimes be more valuable than the reduction in flood risk.

In the Tees Valley 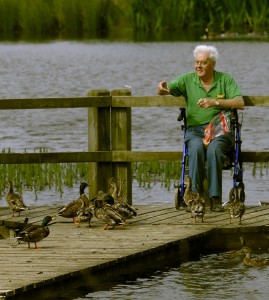 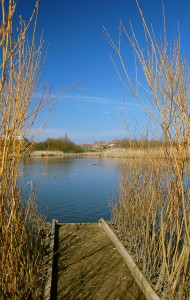 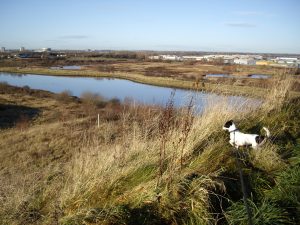 The River Leven – a practical example of river restoration – The Tees Rivers Trust is implementing a project to reduce sediment and tackle invasive species in the Tees/River Leven sub-catchment. The River Leven is the first major tributary of the Tees encountered by migratory fish such as Atlantic salmon, sea trout and sea lamprey. These, as well as non migratory species such as brown trout and bullhead, require clean well oxygenated water with sufficient clean substrate to provide both a spawning habitat as well as a readily available supply of invertebrate life to sustain emerging salmonid fry and lamprey ammoecetes. Much of the river substrate is smothered by fine sediment and many areas of have become accreted making it unusable for invertebrates and fish alike.

Agriculture and development throughout the catchment has reduced the remaining riparian habitat and many fields are built on, cultivated or grazed up to the water’s edge. This has created pathways for sediment and nutrients to enter the river overland in increasing amounts whilst field drains transport entrained sediment beneath the surface directly to the watercourse. Widening of the watercourse for drainage and by cattle grazing has in many places slowed the river flow down sufficiently for sediment to drop from the water column and smother the substrate.

Invasive plant species, such as Himalayan balsam and giant hogweed, are colonising increasing areas of the Leven catchment. These species are out-competing native flora and their associated fauna and creating large monocultures. When these shallow-rooted species die back in winter they leave large areas of riparian zone bare and prone to erosion in high winter flows. This action increases the volume of sediment entering the river.

The Trust is working with farms providing advice on small changes in management practices and help with low cost capital measures aimed at decreasing sediment loss from farms whilst also improving profitability of the farm business. They are also working closely with the North Yorks National Parks Apprentices to carry out practical instream habitat improvements and the Environment Agency’s ‘Slow the Flow’ project aimed at reducing flooding by allowing brief inundation of low-lying areas in order to take the peak off flood levels.