The borough of Middlesbrough, the smallest of the five boroughs of the Tees Valley, lies to the south of the River Tees with the river forming its northern boundary. To the east and west it borders the boroughs of Redcar and Cleveland and Stockton-on-Tees respectively, and to the south it borders the county of North Yorkshire. It lies entirely within the Natural England National Character Area (NCA) of the Tees Lowlands. Middlesbrough is mostly urban settlement with a narrow belt of open farmland to the south and two large areas of open land within the built up area. It is characterised by a number of becks, within small valleys, that arise in the escarpment in the south of the borough and flow northwards to the River Tees, providing fingers of natural habitat that link the urban area with the open countryside to the south. 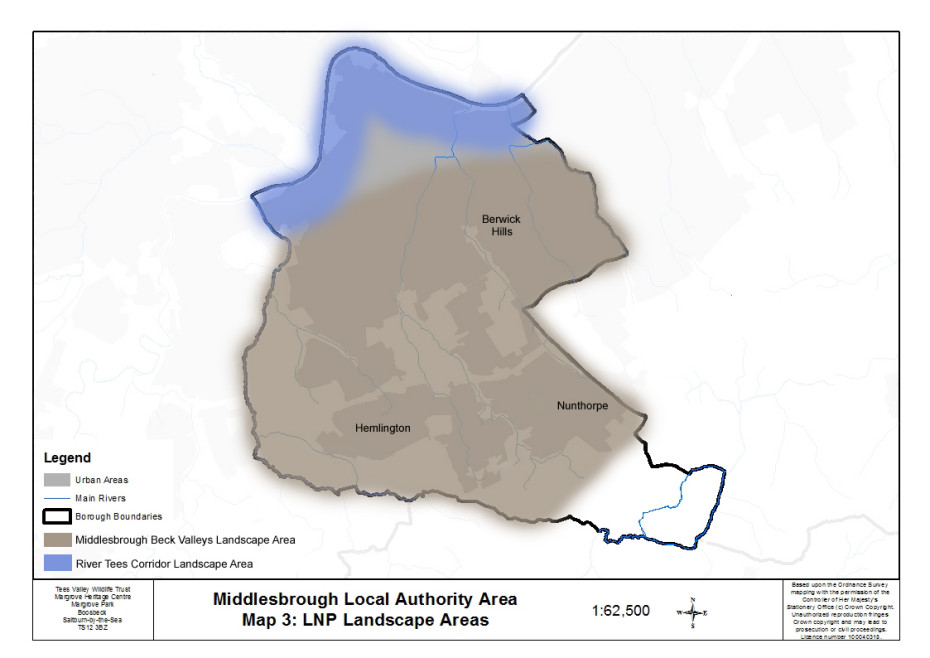 Most of the priority habitats and species are found within the beck valleys, often in mosaics of different habitats. Ancient and semi-natural woodland is present in Stainsby Wood on the slopes of Stainsby Beck. Broadleaved mixed woodland is present along Marton West Beck at Fairy Dell, on the steep valley sides of Newham Beck, at Grey Towers Park (formerly Poole Hospital), and in Thornton Wood south of Hemlington. Lowland meadow is present within the Bluebell Beck complex. Other neutral grasslands that are species-rich (some with associated wet flushes) are found scattered along the beck valleys.

There is one site for reedbed within the Berwick Hills and Ormesby Beck Complex, and one sizeable relic of saltmarsh along the banks of the old route of the River Tees adjacent to the A19. Stretches of intertidal mudflats are present along the length of the River Tees within the borough of Middlesbrough and there is one site for open mosaic habitat on previously developed land at Maze Park on the southern bank of the River Tees. A good number of both remnants of traditional orchards and priority ponds are found scattered across the farmland in the south of the borough. The orchards vary in size and condition and are now mainly for domestic use; the ponds meet the priority pond criteria due to the presence of common toad, great crested newt or water vole. 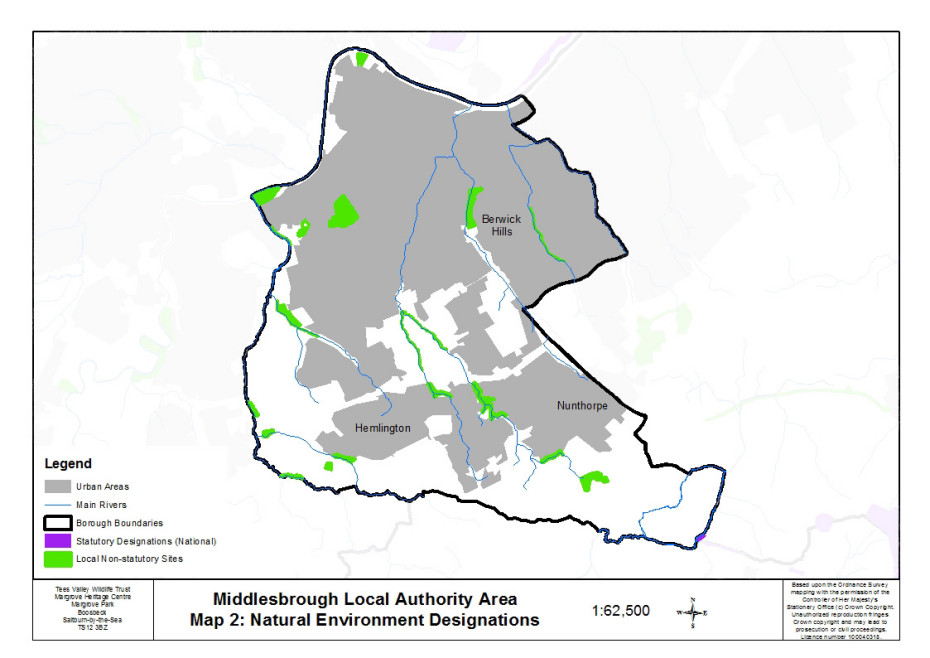 Water vole has recently (2009) been recorded in six of the Middlesbrough becks with most of the records appearing on Marton West Beck, Ormesby Beck and Middlebeck. This is a regionally significant population of water vole. There is a cluster of great crested newt records in the south west of the borough and otters are recorded on every beck south of the River Tees, including the becks of Middlesbrough. Dingy skipper and grayling butterfly are found in the urban grassland at Maze Park.

The southeast boundary of the borough of Middlesbrough abuts the Langbaurgh Ridge Site of Special Scientific Interest (SSSI) identified as of national importance in the Geological Conservation Review. 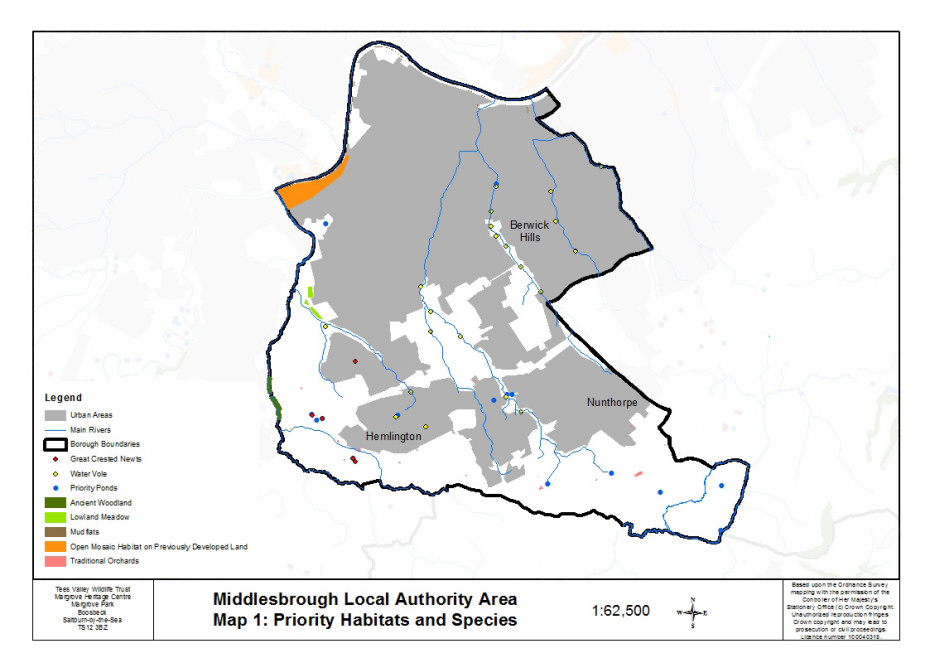