The borough of Darlington, the western most borough of the Tees Valley, borders with Stockton-on-Tees to the east, County Durham to the north and west and North Yorkshire to the south. It lies mostly within the Natural England National Character Area (NCA) the Tees Lowlands, with a small area of the Durham Coalfield Pennine Fringe and the Durham Magnesian Limestone Plateau to the North West. The slow-moving meandering River Tees runs the entire stretch of the southern border. The River Skerne, a major tributary to the River Tees, bisects the borough from north to south, draining water from the farmland north of Darlington into the Tees. The borough is dominated by the broad low-lying plain of glacial drift and alluvial material that is the Tees Lowlands. It is mostly open farmland (mainly arable with a network of hedgerows) with the town of Darlington in the centre and a few smaller settlements in the south west. 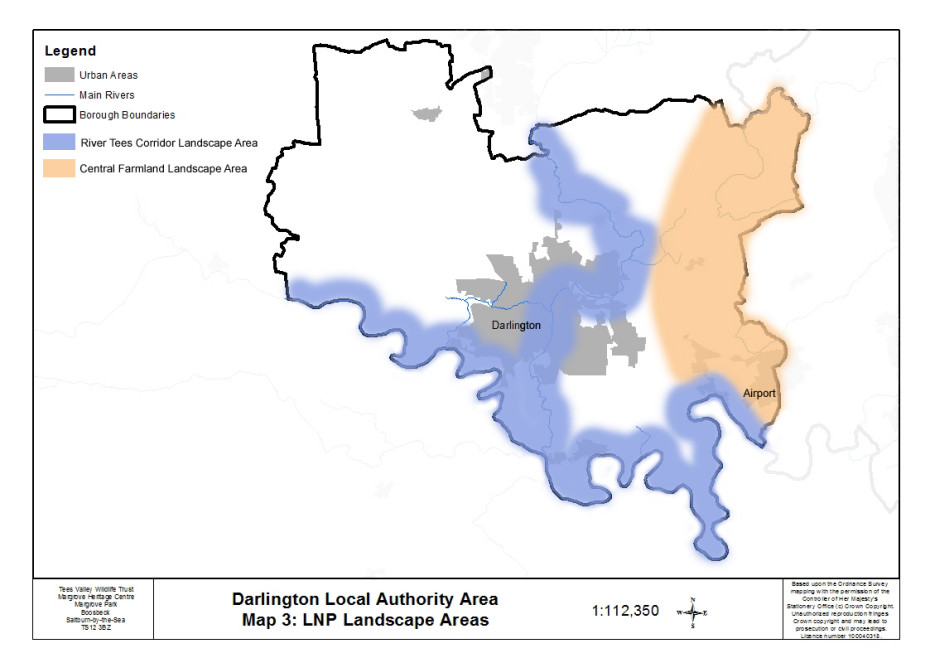 Ancient and semi-natural woodland, mixed with broadleaved woodland, is found in numerous places on the steep-sided banks of the River Tees. There are several lowland meadows, one at the Whinnies Local Nature Reserve (LNR) near Middleton St George, an unimproved hay meadow Site of Special Scientific Interest (SSSI) at Newton Ketton near Great Stainton, one close to the Skerne at Fox Hill Quarry, and two along Cocker Beck within the urban fringe of Darlington. A small number of other neutral grasslands which are species-rich are found scattered across the borough, mainly in the open countryside. There are several fens associated with the River Skerne north of Darlington including Redcar Field SSSI (a spring-fed fen meadow), Coatham Grange Marsh and Burtree Gate Marsh, one of very few marshes remaining in the area of the formerly large wetland of Morden-Bradbury Carrs. There is also one fen (Neasham Fen, a SSSI) in the south between Darlington and the River Tees.  A small area of reedbed occurs within the Redcar Field SSSI, and also at Drinkfield Marsh LNR. There are a few traditional orchards present in the borough, including a cluster in the west of Darlington town. 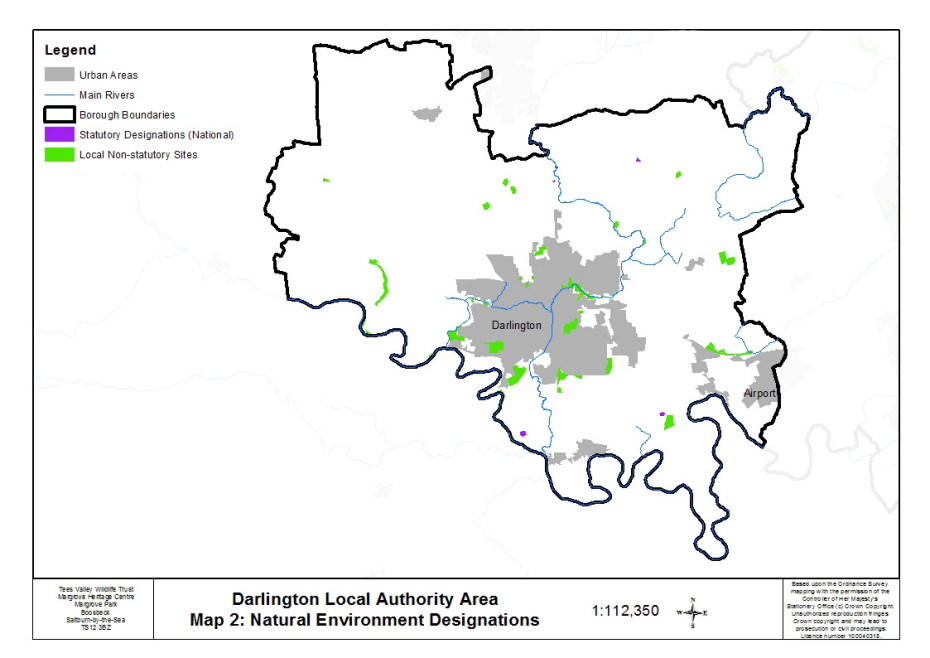 Breeding populations of great crested newt are found in the Darlington borough, with 12 of the borough’s 27 Local Wildlife Sites (LWSs) designated for them. There is a concentration of sites in the urban area and around Middleton St George but they are also found scattered throughout the open countryside. Common toad has also been recorded on two sites. Water vole has been recorded at Rockwell LNR on the River Skerne and harvest mouse on the A66 corridor east of Darlington.

Breeding populations of farmland bird species of key importance in the Tees Valley are present within the open countryside between Darlington and Stockton. These include species that are listed as of red level of concern in the UK (for example yellowhammer, Linnet, Marsh Tit and Skylark) and species listed as of amber concern in the UK (for example reed bunting and bullfinch). Most of these species are also UK Biodiversity Action Plan (UKBAP) priority species. In addition lesser spotted woodpecker has been recorded in deciduous woodland along the banks of the River Tees in the borough of Darlington. 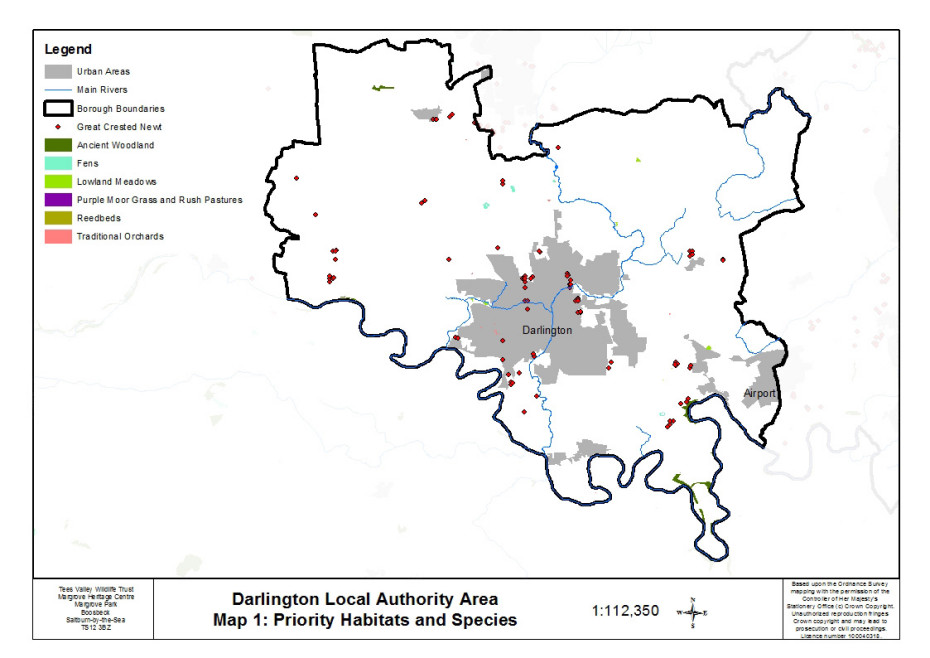 Additional information can be found: Darlington-Landscape-Character-Assessment